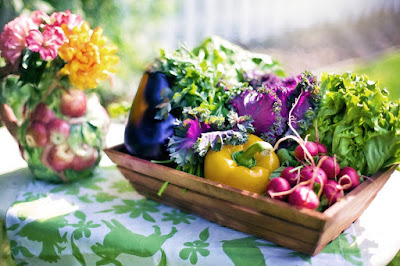 There comes a time when a negative reaction to food becomes a very real health concern. That time is when your immune system decides to become involved and the tummy ache you had last week turns into a serious allergic reaction to your dinner this week.

It is estimated that in the United States there may be as many as 15 million people who suffer from food allergies and of these approximately 100 to 200 allergy sufferers will lose their life each year in an acute reaction to the food they consume. Those are the extreme cases but food sensitivities are not an issue that anyone should take lightly.

It can be important to know if your tummy ache is just a tummy ache or if it is a signal to something potentially more. More serious symptoms could signal a food intolerance or a possible allergy reaction to one or more foods that you are consuming. At times it can be difficult to know if that after dinner bloating is a simple consequences of consuming a little too much food or potentially something more serious. 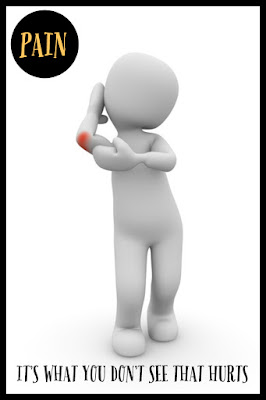 The main difference between food intolerance and an allergic reaction is the involvement of the immune system. Our immune system is designed to fight potential threats within the body. It is an amazing mechanism designed to protect the body from illness. Germs, bacteria, infection and disease are all attacked as they are detected.

Every now and then though something goes wrong and the immune system reacts  confusing healthy non threatening tissue as a foreign entity that is a threat to its security. The body attacks itself in an effort to remove this invader.

The immune system creates antibodies to fight the offending substance and future ingestion of this triggering agent then result in the immune system launching a more aggressive attack against the intruder. The immune system releases a chemical battle which is the cause of the symptoms involved in an allergic reaction. When your immune system gets involved then your sensitive tummy is more than just a routine annoyance. This is the difference between a food sensitivity and an allergy.

Symptoms can vary dramatically from mild to severe. An allergic reaction can be quite mild and involve nothing more than a tingling of the lips, a runny nose, a tummy ache or a slight rash. Reactions can also include breathing and swallowing difficulties, hives, reddening or itching of the skin, eyes or throat, or very serious involvement of the cardiovascular or respiratory system. 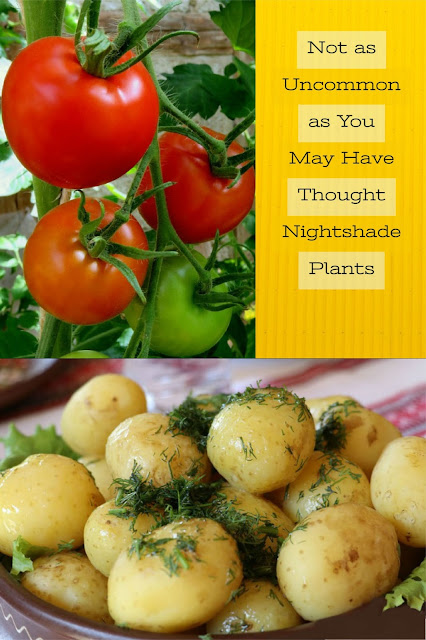 A severe reaction can cause swelling of the tongue, larynx, and trachea resulting in an inability to breath followed by collapse. An allergic reaction can be very dangerous. It can be severe enough to result in death.

This is why it is so important to recognize when you are indeed suffering from an allergic reaction. Your immune system may increase its attack and the next ingestion could be much more severe than the one that you suffer in the first few encounters with the triggering agent. This is the second major difference between a food intolerance and an allergy.

A food intolerance may have uncomfortable consequences but it is rarely dangerous whereas allergies can be extremely hazardous to your health. Food can be friendly but it can cause extremely uncomfortable symptoms when the wrong ones are ingested. Negative consequences of milk consumption often occur due an intolerance to lactose but this generally does not involve the immune system.

Although the symptoms of intolerance may sometimes appear the same as those involved in a mild allergic reaction with gastrointestinal discomfort appearing in the form of indigestion, flatulence, bloating, acid reflux, diarrhea, loose stools or other similar symptoms. These symptoms usually do not progress past being uncomfortable and are usually just caused by our difficulty in digesting certain foods.

Consult with your doctor if you suspect a food allergy. A blood test can often confirm the presence of immunoglobulin-E (IGE) antibodies produced by the immune system and specific to the food groups that trigger the allergic reaction. A skin test can also be performed where small amounts of the offending food product are injected just under the first layer of skin. A skin allergy to that substance will usually result in a rash or hive appearing at the location of injection indicating an allergic reaction.

The best way to control a food intolerance or a food allergy is to remove the offending food from the diet. By participating in an elimination diet plan you may be able to pinpoint the specific edibles at issue. 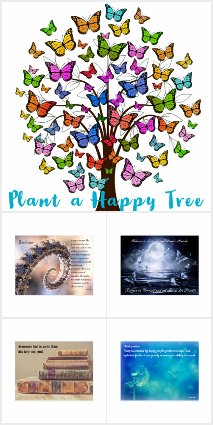 Motivational Postcard Greetings
by Lorelei Cohen
Whenever purchases and/or successful referrals are made from this website, an affiliate or referral fee is paid to Lorelei Cohen from that advertisement. 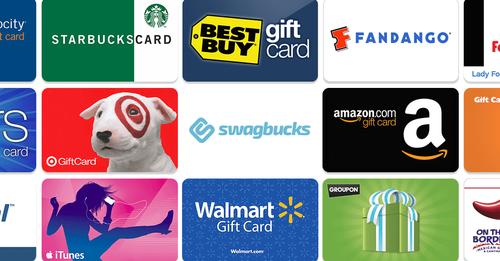 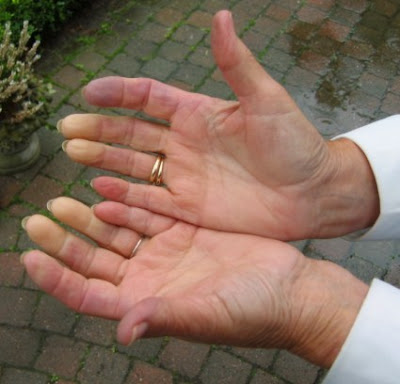 Raynaud's is not visible on an x-ray and often its symptoms are attributed by family, friends, and perhaps even the person suffering from it as simply the effects of being cold.  Don't you believe it.  R aynaud's Syndrome is a disorder where the small blood vessels (capillaries) narrow to restrict the blood flow to involved areas.  Its symptoms generally affect the body's extremities such as a persons hands and feet but the lungs can also experience an involvement of symptoms. During an attack the extremities involved will appear white, blue, or reddish in colour. Although the length of time that these attacks can last will vary with each individual the disease itself is generally quite mild.   Raynaud's disease is usually treated as one of the quieter illnesses out there but for those who suffer from a severe form of this syndrome it can be devastating. Risk of infection or death of body tissue due to a lack of blood flow can be the consequences of a seve 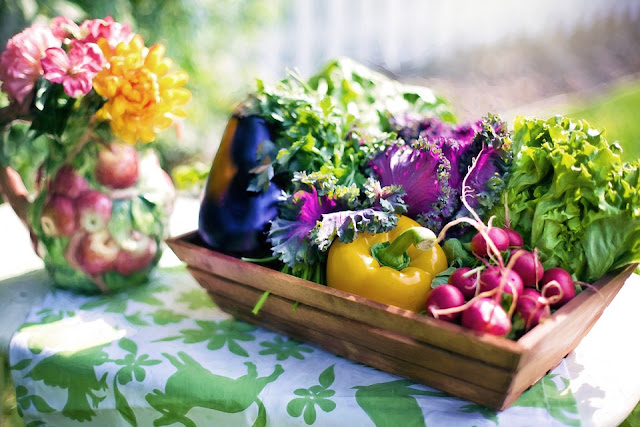 Although adverse reactions to a food product are generally mild the response can be severe enough to cause a chronic immune system response within the body. This means that some autoimmune based forms of chronic illness and arthritis may be triggered by these food sensitivities. There are definitely foods which can trigger inflammation just as there are foods which can help to reduce it. The foods you consume do matter.  A sensitivity or allergy to a specific food or group of foods can trigger an immune response within the body causing or increasing the incidence of an inflammatory flare. Foods  that can help to reduce inflammation are ginger, turmeric, lemon, onions, garlic, strawberries, pineapple. Foods rich in vitamin C or those with a high omega-3 fatty acids content such as salmon, olive oil, and walnuts are also highly beneficial. Vitamin C, D, and B-12 in food or supplement form may naturally aid in the treatment of inflammation. Many individuals with inflammatory dis 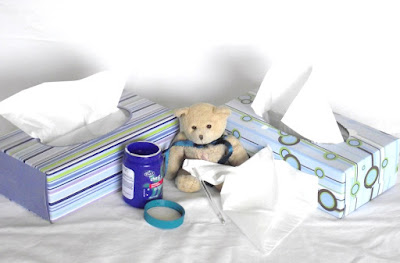 A persistent cough can be annoying and it can also be quite dangerous as well. Excess mucous can potentially cause a lung infection while chronic breathing difficulties can put added pressure on the heart.  You generally want to take care of a cough whenever one develops and especially if it becomes chronic or is a recurring health issue. This page will give you a few strategies for getting rid of a persistent cough and also a few natural remedies for when the cold or flu has you wheezing and sneezing. Now let's see if we can't shake that awful cough that you have got. The first step to getting rid of cough is knowing why you have it. Once you know why you are having breathing issues then you can work to remove the irritants that cause it and put a few preventative measures in place to keep that nasty cough from returning.  Finding the reason why you have a cough is the true key to getting over it and keeping it from coming back. There are a number of ways to get rid of 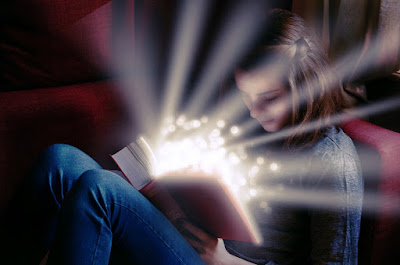 Brain fog does exist and for those who suffer from its symptoms it can be a very frustrating syndrome to deal with.  Cognitive dysfunction (as this phenomenon is more professionally termed) is a state of mental fuzziness or confusion that is generally caused by an underlying health issue.  Similar to the mental confusion that a normal person might suffer if they were extremely fatigued or ill with a very bad head cold, brain fog is no laughing matter. In fact it can be extremely disabling. Brain fog feels similar to the symptoms of a bad head cold and the causes of this syndrome are many. It may develop because an underlying illness such as Arthritis, Fibromyalgia, or Thyroidism is present. It may also occur if you suffer from heavy metal poisoning, extreme fatigue, brain injury, tumour, or menopausal symptoms.  Although a person may not always discover the cause of their brain fog they certainly know all too well the many symptoms and hardships which this syndrome can cause. So 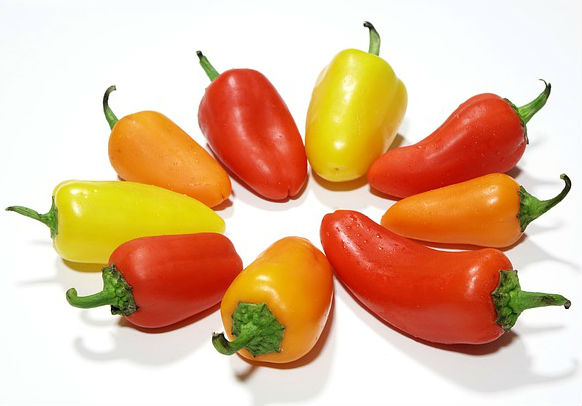 The words Nightshade Plant draw up images of mysterious workings within the dark of night,  the creation of magic potions or poisonous concoctions, of witches and of medicine men silently creating their wares . Well the images and ideals surrounding Nightshade Plants may not be that far off from the truth. Many of these sprouts, herbs, and vegetables contain ingredients that are used within modern and herbal medicines.  Although these plants and their chemical components are generally used to promote good health some of their properties can indeed be toxic when consumed in large quantities or when given to people who have a food sensitivity or autoimmune disorder. Nightshade plants are more common than one might first presume. Many people do not realize that some of the foods growing in their garden fall under this category and may not be all that healthy for some members of their family to consume. Nightshades are plants which have developed a means of self defence against pr 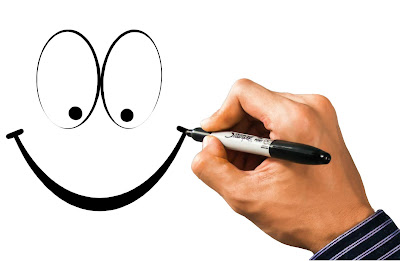 Be Happy - Get Your Happiness Happening

Seeing, reading, or hearing positive messages throughout the day can make you a happier person this is one of the basic facts of being human. Seeing someone smile, reading a cheerful quote, or receiving a compliment can help you feel more  confident, content, and happy. People need positive messages to drive them toward a more satisfied state of mind. Optimism is an important factor in this. Not everyone is given a nurturing upbringing so sometimes we must take it upon ourselves to create our own motivation and inspiration. We sometimes need to train our subconscious thoughts to lean in a more positive direction.  It is a process of retraining the thinking process. There is a smile inside of everyone and you are the person who can bring it out in you. Even if you don’t feel it now you can be a happier person. If you act happy you will become happy. The process of optimizing your enjoyment of life begins with discovering what it is that is currently keeping you from attaining it. 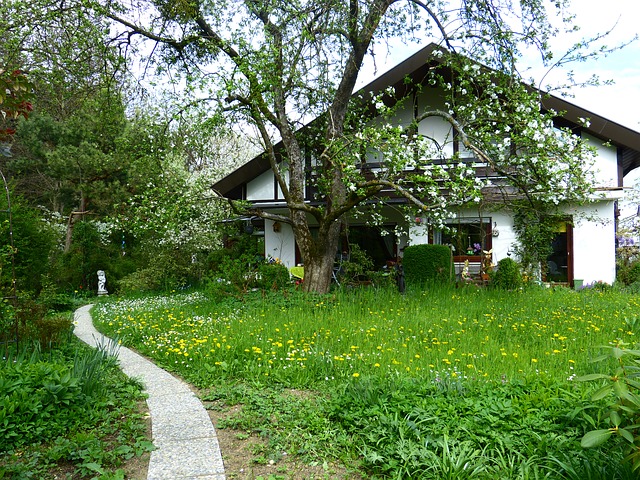 Is your home or office the reason for your health issues? Sick building syndrome occurs when the indoor air within a building reaches pollution levels sufficient enough to cause illness or disease within its occupants. This syndrome is unfortunately much more common than most people realize and it still exists today in homes and work places throughout the United States and Canada. The Sick building phenomenon was first recognized in 1984 when the World Health Organization officially concluded that the polluted air within homes and work places was indeed causing the occupants of those buildings to become ill. Sick building syndrome symptoms may include one or any combination of these negative health symptoms: Sneezing, coughing, sore throat, difficulty breathing, sore or irritated eyes, headache, dizziness, stomach upset, nausea, diarrhea, confusion or difficulty concentrating, difficulty remembering things, earaches, congestion, skin rash or itch, intolerance to heat or cold, unc

Motivation: It's In Your Attitude